The BBC has helped shape the way we consume media over the past century, but what does the years to come hold? We’ve picked out a few technologies that could change your home entertainment experience.

A cozy night in

Our top pick for creating a more immersive home entertainment experience is pretty obvious, but sometimes the simplest technologies are the most effective. So to kick those cozy evenings up a notch, why not try finding an 8K picture quality TV, perhaps on a larger scale…

Of course, there are many TVs in the market to choose from, but the one with 8K picture quality will give you the best experience. “If you want to experience the highest quality displays, then 8K is the way to go,” says consumer technology company Reliant. “8K displays deliver extreme levels of detail, so you don’t miss a single detail in anything you watch. So if you want a nighttime cinematic experience, an 8K display will provide the sharpest picture and the immersive experience.

Reliant offers TVs that use technologies such as QNED, NanoCell, QLED, NEO QLED, and LG Signature displays that deliver ultra-thin, super-sharp focused lights and extreme blacks. “They offer a range of colors and shades to bring you lifelike colors, so you can immerse yourself in your shows, movies and sports,” he adds.

The company’s televisions feature powerful processors to upscale images to their maximum resolution, allowing viewers to enjoy finer details in everything they watch. “Anti-glare technology improves viewing angles, allowing television to be enjoyed from multiple areas of the room. With OLED screens, there are self-illuminating pixels, which generate fuller colors and sharper images.

Reliant TVs are also ‘surround sound ready’, allowing you to ‘enhance your audio experience with multi-directional sound’. Although many TVs already have competent speakers and sound-tracking capabilities, Reliant says a surround-sound setup is the way to “step it up”.

Again, it’s an obvious choice, but buying an 8K TV is a great way to set up the ultimate home entertainment system. That being said, we’d say it would be best to go for a 75-inch (or larger) TV to make it worthwhile. Smaller, and that can take away from that immersive experience.

To complement the visuals on your 8K-quality TV while watching, say, a horror movie in your living room, sound is key – after all, sounds make horrors scarier. But to really feel immersed in the experience, surround sound – or 3D audio – is your best bet. And that’s where technologies like Dolby Atmos come in.

While Atmos has been around for a decade now, debuting with the release of Pixar’s 2012 film ‘Brave’, the technology ushered in a new era of 3D sound and is increasingly becoming one of the most important technologies and most impactful in home entertainment.

The defining feature of the technology is its configuration of audio objects – sounds are no longer confined to their respective channels, in vertical or horizontal motion. Think of each sound as an orb floating in space: it can “float” along any plane. Such height channels create a more immersive sound.

To get a better sound experience for your home theater or for listening to music, a multiple speaker setup may be preferable. But even soundbars with Atmos, like AO’s Sonos Beam, offer a much “bigger” and more enveloping soundstage than stereo bars.

According to AO, Sonos Beam can “enrich your entertainment experience” and allows its users to “enjoy panoramic sound” whether watching shows or movies, or playing video games.

This tech is definitely a purchase that would give you what AO describes as “great all-around sound,” but fair warning, you’d need a TV that supports Dolby Atmos and Atmos encoded content.

Let there be light!

If you want to enhance the visuals beyond your already 8K TV, then perhaps a TV backlight can do the trick.

By illuminating the wall behind your TV, experts say you can dramatically improve your TV’s color and contrast, black levels and power consumption, while reducing your eyestrain (blame streaming services for its binge-watching models!).

LED products such as those created by award-winning companies Govee lighting company can mimic the predominant colors found in content displayed on screen.

Govee says its Envisual camera color matching technology, using in-house designed algorithms, intelligently “recognizes and captures” the colors on your TV screen and automatically matches them to your backlights.

Govee’s DreamView product has a segmented color control feature that allows users to customize each segment on a single light strip for a more dynamic viewing experience. This is done through its RGBIC lighting display technology – powered by an advanced IC (independent control) chip – which allows multiple colors to be seen simultaneously on a light strip.

Whether it’s endlessly scrolling through TikTok or watching silly cat videos on Facebook, there’s no doubt that the videos we watch on our smartphones are now a big part of how we consume content. and we entertain. But what if we told you that there is technology that could improve your video experience, especially for live events?

Well, there are. In fact, a start-up called Happaning is offering a radical next step in video by introducing a new multimedia format of Multi-Vantage-Videos, which the London-based company has aptly named ViiVids.

But how does it work? When users capture video, ViiVid data streams (including audio/visual output, time signatures, location/position information, metadata, etc.) are generated and delivered over a peer-to-peer mesh network. decentralized peer of recording, mobile and static devices. Each device then synchronizes and saves the relevant data within the network.

It simultaneously includes direct (e.g. Bluetooth), local (e.g. Wi-Fi) and mobile phone networks, allowing co-located people (including those without mobile data) or remote viewers to roam in a given direction between recording network benefits in a space/time synchronized manner, says the company. Discrete augmented reality (AR) markers then display the relative location and position (distance, elevation, and/or direction) of other viewpoints available within the current field of view, while edge markers display those out of frame.

Once recording is complete, media artifacts (along with checksums and a timeline of relevant timing data) are sent for server-side post-production processing to corroborate, merge, and prepare benefits for playback ViiVid retrospective on demand.

“So whether at the event or in the comfort of your own home, the ViiVid Player allows you to move seamlessly between multiple videos in a ViiVid by swiping in the direction you want to view, moving you like you’re there,” says co-founder and chief operating officer Ese Eniwumide.

The initial use cases for the technology are to record real-world events like weddings, concerts, sporting events, demonstrations or marches, or any other event that a larger crowd of people would attend. Once recorded in Happening, you can swipe between videos to view the same event from different angles and perspectives by tapping the markers inside the video.

Think of it as a Google Street View, but with video.

In fact, researchers from Stockholm University and Malmö University in Sweden have developed a smell machine, a so-called olfactometer, that allows players to smell in VR environments. And with the flavor machine, they created a “wine tasting game”.

In the game, the participant moves through a virtual wine cellar, picking up glasses with different wines, guessing the aromas. The small scent machine is attached to the VR system controller, and when the player lifts the glass, it releases a scent.

Jonas Olofsson, professor of psychology and head of the research project at Stockholm University, hopes that the new technical possibilities will allow scents to play a bigger role in game development.

“The ability to switch from a passive to a more active sense of smell in the game world opens the way to the development of entirely new smell-based game mechanics based on players’ movements and judgments,” adds Simon Niedenthal. , interaction and game researcher at the University of Malmö.

The olfactometer comprises four valves each connected to a channel from which a fan draws air into a central tube. With the help of the computer, the player can control the four channels to open to different degrees and deliver different flavor blends.

To date, virtual reality has only given us more visually immersive games. It could definitely take the experience up a level – even if you wouldn’t want to play a farming game.

Sign up for the E&T News email to get great stories like this delivered to your inbox every day. 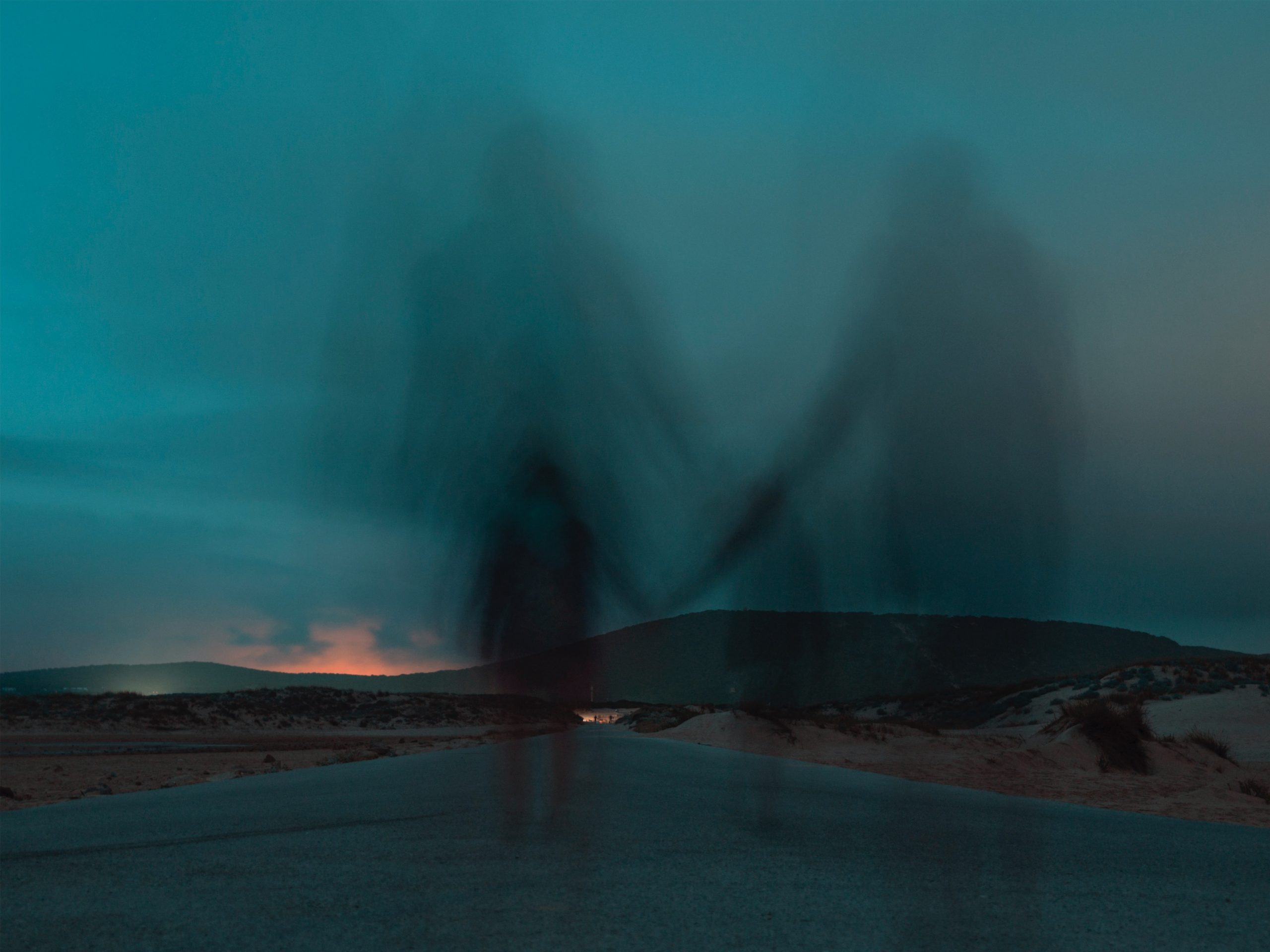 How to Become a Mastering Engineer

Do you have a love for music? Want to make a career out of it? …